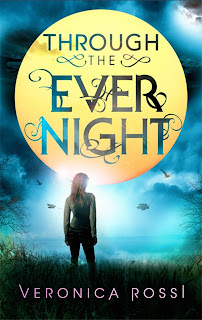 Through the Ever Night de Veronica Rossi

Aria has struggled to build a life for herself outside Reverie. It hasn't be easy adjusting to life in the wilderness but that struggle has been worth it with Perry by her side.

But Perry has other challenges. His people are looking to him for answers. Answers about what happened to his nephew and what's happening to their world. And they don't trust the priviledged Aria, one of the enemy, in their midst. 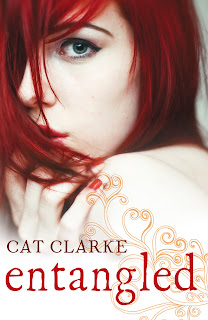 The same questions whirl round and round in my head: What does he want from me? How could I have let this happen? AM I GOING TO DIE? 17-year-old Grace wakes up in a white room, with table, pens and paper - and no clue how she got there. As Grace pours her tangled life onto the page, she is forced to remember everything she's tried to forget. There's falling hopelessly in love with the gorgeous Nat, and the unravelling of her relationship with her best friend Sal. But there's something missing. As hard as she's trying to remember, is there something she just can't see? Grace must face the most important question of all. Why is she here? A story of dangerous secrets, intense friendships and electrifying attraction.

The Lost Girl by Sangu Mandanna 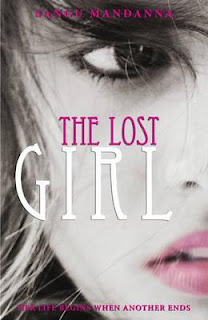 Eva's life is not her own. She is a creation, an abomination--an echo. She was made by the Weavers as a copy of someone else, expected to replace a girl named Amarra, her "other," if she ever died. Eva spends every day studying that girl from far away, learning what Amarra does, what she eats, what it's like to kiss her boyfriend, Ray. So when Amarra is killed in a car crash, Eva should be ready.

But sixteen years of studying never prepared her for this.

Now she must abandon everything and everyone she's ever known--the guardians who raised her, the boy she's forbidden to love--to move to India and convince the world that Amarra is still alive.

What Eva finds is a grief-stricken family; parents unsure how to handle this echo they thought they wanted; and Ray, who knew every detail, every contour of Amarra. And when Eva is unexpectedly dealt a fatal blow that will change her existence forever, she is forced to choose: Stay and live out her years as a copy or leave and risk it all for the freedom to be an original. To be Eva. 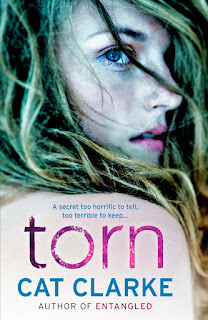 Four girls. One dead body. A whole lot of guilt.

Alice King isn’t expecting the holiday of a lifetime when she sets off with her classmates on a trip to the Scottish wilderness, but she’s not exactly prepared for an experience beyond her darkest nightmares…

Alice and her best friend Cass are stuck in a cabin with Polly, the social outcast, and Rae, the moody emo-girl. Then there’s Tara – queen of mean. Powerful, beautiful and cruel, she likes nothing better than putting people down.

Cass decides it’s time to teach Tara a lesson she’ll never forget. And so begins a series of events that will change the lives of these girls forever...